The album is one day closer to completion. Things that didn't sound like much are now starting to sound like actual songs!

Yesterday's recording session began with lead vocals. Leah tackled "I Want to Give (My Love to You)" first. It's probably the poppiest song of the bunch, but it has a couple curveballs. I think we were able to capture some good dynamics in the vocal performance.

We followed that with the new tune, "Above the Rain." Again, this is a brand new song that we've never actually played from start to finish as a whole band, so my rough demo is the only guide we had. Dave Buss appeared halfway through the session and remarked that it was nice to finally hear someone other than me sing that song. I agree with him completely! Leah really hit her stride in the dramatic ending. 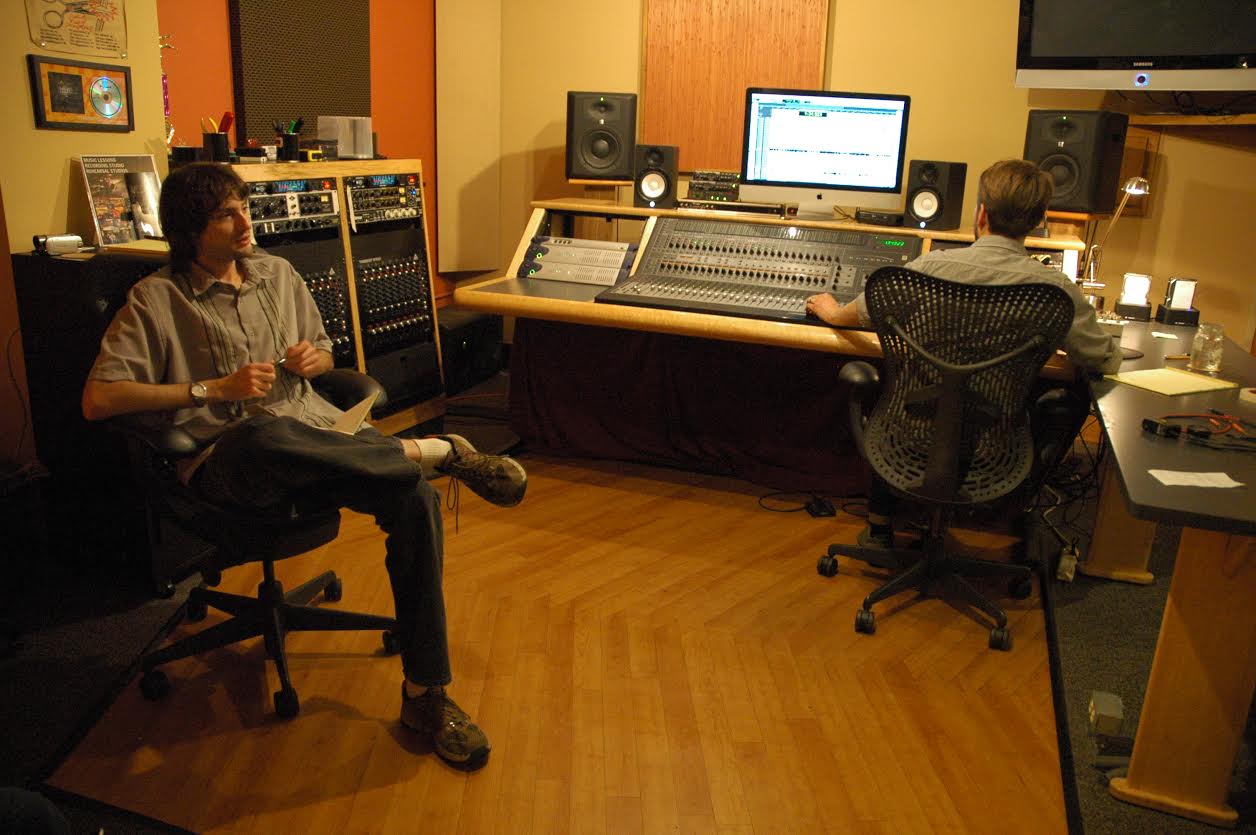 Landon working his magic at the board, me having fun in a swivel chair

After recording vocals for "Greenblood," we found ourselves behind schedule. With only 90 minutes remaining, Jamie and I made the call to get the rhythm section to attempt "Running with the Fire." It's a pretty ambitious challenge, but we figured we'd be better off using the full 90 minutes to get one song than picking an easier song and ending up with 15 minutes of useless leftover time at the end of the night. That one came down to the wire. The session was hurried and a bit stressful, but I think we managed to get everything we needed. I feel OK about it right now. Time will tell.

It wouldn't be a true recording session without some of that pressure. We have 5 songs yet to record today. Fortunately, we'll get to focus on getting full rhythm section takes for the majority of the evening. No set up required, just plug in and play. It's a time crunch, but worrying about it won't help anything. As Jamie reminded me, we now have the most difficult material under our belt. All we can do give each song our best and see where we end up.